A Songwriter's Guide to Lennon-McCartney Catalog

Different listeners will have different interpretations. On hearing Brahms’s Fourth Symphony, Elisabet von Herzogenberg (among his closest friends, whose opinion he valued) wrote to say: “It is a walk through exquisite scenery at sunset, when the colours deepen and the crimson glows to purple.” Her response is even more interesting juxtaposed with that of Richard Strauss, who “received an unforgettable impression of the new Brahms Symphony, the Andante of which ‘reminded him of a funeral procession moving in silence across moonlit heights.’” It doesn’t matter that the same movement evoked “moonlight” for Strauss and “sunset” for Herzogenberg. Moonlight and sunset may not be the same, but they have aspects in common, both invoking heavenly bodies, both striving for expression beyond words, and it is the similarities that tell us more about the music than the differences. The music could never, for instance, characterize a chase or a battle or a cartoon. If someone were to offer such an interpretation he would be subject to suspicion himself. 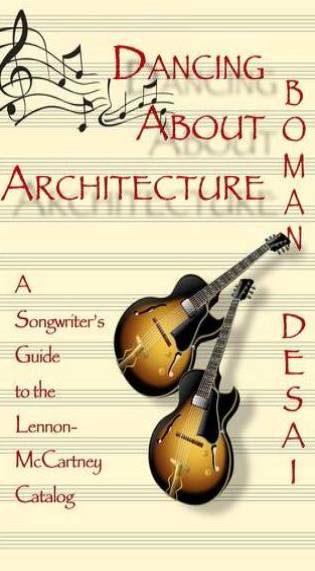 Costello’s disenchantment with writing about music is perhaps easy to understand. Composers compose, aficionados listen–and talking heads prattle, often more intent on what they have to say about the music than what the composer has to say. In a Post-Deconstructionist age it becomes too easy to misinterpret an artist’s original intent in favor of the interpreter’s intent, or to saddle an artist with the psychological baggage of the interpreter. John Lennon grew sick of explaining that the acronym (LSD) in “Lucy in the Sky with Diamonds” was a coincidence. Paul McCartney has said he could understand that many interpretations may be applied to a phrase or piece of music, but when someone suggested that “Can’t Buy Me Love” was about a prostitute he drew the line—and the line MUST be drawn, but not at the risk of throwing away baby and bathwater.

George Martin (who produced the Beatles) called Sgt. Pepper’s Lonely Hearts Club Band “sculpture in music,” referring to the layering of one track over another, but the phrase also suggests a lazier use of the imagination than either Herzogen-berg’s or Strauss’s, merely an exchange of one genre for another—and that is the more telling thrust against dancing about architecture, that it merely substitutes one genre for another. In that respect it is intrinsically different from Writing About Music since writing, unlike dancing, is a critical as much as an artistic tool. Martin’s phrase also suggests that sculpture is more elevated than music, which is rubbish, providing fodder for Costello’s pique. In Martin’s defense, he is a superb producer, without whom the Beatles would have scaled lesser heights. He is not a writer and not to be blamed for being imprecise with words. Unfortunately, too many who call themselves writers are no less imprecise.

On a lighter note, I am reminded of a song from my boyhood, “Poetry in Motion,” by Johnny Tillotson. If a woman can be poetry in motion, then why not architecture in motion? Also, while we may be imprecise about what we mean by dancing about architecture we may surely agree that dance is itself a form of interpretation—and if dance may interpret Sleeping Beauty or the Rite of Spring or Billy the Kid, why not the Taj Mahal? We may agree no less surely that dancing about the Taj Mahal would be different from dancing about Falling Water or Anne Hathaway’s Cottage or the Empire State Building—and perhaps that is a significant enough difference to allow dancing about architecture.

I have loved John Lennon’s windmilling rhythm guitar on “All My Loving” since I first heard it on With the Beatles released in November 1963, but more to the point he never used that particular rhythm again, just that one time in all of Lennon-McCartney’s 162 collaborations, and it got me wondering what else they might have done just once in a song, never to repeat themselves.

I listened again, closely and repeatedly, to each of their 162 songs, paying attention to each of the elements that comprise a song: melody, lyrics, arrangement, production, structure, riffs, chords. Astonishingly, aside from about a half dozen songs each song had something new to offer. Even more interesting were the incidental discoveries to be made, among them John and Paul’s unmistakable and individual songwriting fingerprints, but perhaps most interesting of all is the case of “Yesterday.”

Paul requested sole writing credit for “Yesterday” from Yoko Ono because John had contributed nothing to the song. Paul awoke one morning with the song fullblown in his head (except for the lyrics). Yoko denied Paul the credit, but for the wrong reason: neither she nor even Sir Paul seem to be aware of John’s very real contribution, unconscious though it may have been. You can tell a Johnsong from a Paulsong by who sings lead. If both sing together, the collaboration is equal. Until “Yesterday,” the verses, choruses, and bridges of all songs credited to Paul had even numbers of measures (4, 6, 8, 10). John on the other hand, wrote songs with odd numbers of measures. “Not a Second Time,” “I’ll Be Back,” and “Baby’s in Black,” all have 7 measures. Later songs by John included “I’m Only sleeping” (9 measures), “Lucy in the Sky with Diamonds” (19 measures), “Good Morning, Good Morning” (9 measures), and “Glass Onion” (13 measures) among others. “Yesterday” was Paul’s first song in their catalog with an odd number of measures (7). Surely that is significant?

Dancing About Architecture is full of such discoveries as it explicates each song in the order of its release from “Love Me Do” to “The Long and Winding Road.” Also of interest, John and Paul would sometimes exploit the same discoveries at the same time, but each in his own inimitable fashion. “Can’t Buy Me Love” and “You Can’t Do That,” two sides of the same single, provided their first instances of 12-bar blues progressions, but Paul’s “Can’t Buy Me Love” is predictably more pop and John’s “You Can’t Do That” more bluesy. “She Said She Said” and “Good Day Sunshine” have the same syncopation and were released on the same album, but again there is no mistaking who wrote which song. “Lucy in the Sky with Diamonds” and “She’s Leaving Home” are their first waltzes (though John had written songs in triple time before), and again there is no mistaking who wrote which. “Martha My Dear” and “I’m So Tired” both open with the same chord progression, I-VIIb, the first time either of them had used that particular progression, and again no mistaking who wrote which.

Also of interest are the ties that bind songs that appear world’s apart on a first listen. “Do You Want to Know a Secret” and “Glass Onion” share DNA. So do “Good Morning Good Morning” and “Two of Us,” “Your Mother Should Know” and “Hey Jude,” and “Norwegian Wood” and “The Fool on the Hill” among many others—but I will leave the reader to make those discoveries for herself.

The First single, the First A side, the First chart performance, and better known for firstness than anything else, “Love Me Do” deserves a closer look, revealing as it does the songwriters in embryo.

These two aspects of the song (uneven number of bars, repeating the last line) pass without fanfare and have never been given the importance they deserve, displaying as they do individual fingerprints in part of John and Paul as songwriters long before the world began to see differences in their approaches to their craft—very likely before they were aware of the differences themselves.

John & Paul came to an early agreement to share songwriting credits no matter who was responsible for the song though they rarely worked together as did the Gershwins, or Rodgers and Hart/Hammerstein, or Bacharach-David, one on music, the other on lyrics. J&P worked on songs individually, coming to the other when they found themselves stuck, either for a line or bridge (the middle-8), or just moral support—but it is only with hindsight that their individual contributions to a song can even be guessed, and “Love Me Do” reveals some differences from the very beginning.

In brief, among other things, John was more prone to write songs with uneven numbers of bars (“All I’ve Got to Do,” “Not a Second Time,” “Any Time at All,” and “You’ve Got to Hide Your Love Away” among others), Paul to expand the verse by repeating the last lines or otherwise extending the verse (“And I Love Her,” “I’m Down,” “You Won’t See Me,” and “Bluebird” among others), and “Love Me Do” exemplifies these particular hallmarks of each of their styles.

Additionally, they agreed that the writer primarily responsible for the song would sing lead, the other (sometimes with George) harmony. Both John and Paul sing lead together on “Love Me Do,” George adding harmony—but despite innovations to the 8-bar format “Love Me Do” remains a goose’s neck stretched (by the pause and repeated lines) into a swan’s, making it both more than a goose and less than a swan. The melody is repetitive, seesawing through the chorus between just two chords, tonic and subdominant (I & IV), adding the dominant (V) for the verse (the most basic of combinations). The pause, momentarily throwing the listener off course, adds interest to the melody—but the lyric is as repetitive as the melody.

The outro is a fade, by definition a steady loss of faculty, the most clichéd of closes, one which they were to parody better than anyone in “Hey Jude”—but that came much later.